Wider Yachts, the Italian yacht builder, has introduced their biggest superyacht to date, the very first Wider 150, Genesi. Taking place at Wider superyacht class quarters in Ancona, Italy, the new yacht is ended in a glossy coat of white paint, all areas of the interior have been totally outfitted, and the yacht is now all set to start an intensive period of trials at the sea.

Wider Founder and Chief Executive Officer Tilli Antonelli said that this is enormously gratifying to see Genesi in the water for the very first time. But now they have the significant task of checking that all the things are working to the same high standards that they have set themselves in every other aspect of the construction process.

They believe that this could be done in 8-10 weeks but would not rush anything if it entails compromising on the quality of the ended yacht. They would make sure that she is hundred and ten percent finished before showcasing her in full to the market. 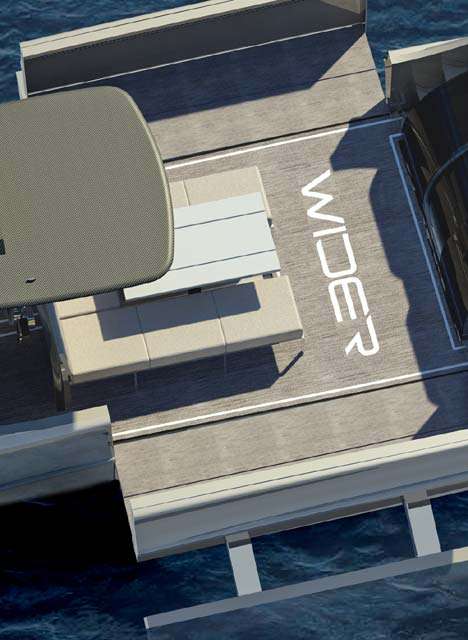 Genesi features an advanced diesel electric propulsion arrangement which proven highly effective in its primarily military utilization as of now.

Wider decided to use this technology made by colossus industrial giant Emerson Automation. The system has been tested for the last 8 weeks before the launch, and the team would return to the yacht to oversee the technical scene of the sea trials, which are being done by a team of UK Yacht Chartering enthusiasts. It is expected that Genesi will offer a range of three-thousand nm while cruising at thirteen knots.